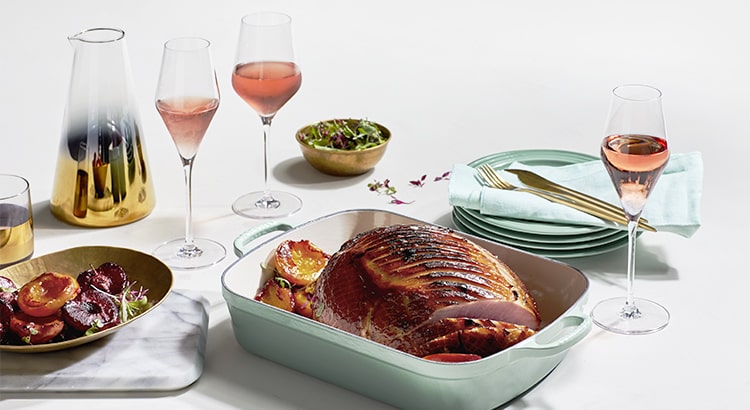 Baked ham easily completes the Christmas table. Who can get enough of its divine aroma and deliciously sticky glaze? We’re reviving this holiday staple with the flavours of cider, mustard, and sage plus a serving of grilled stone fruit on the side.

This recipe makes a baked ham that’s flavourful inside out. On top of basting the ham with the sweet glaze, the meat is also gently cooked in cider and spices to keep it moist and juicy. Good for four people, this baked ham recipe is best made in your best-looking baking dish so you can cook everything in one pan then serve it directly on the table.

For a more traditional baked Christmas ham, try our Easy Christmas Ham recipe. Plus complete your holiday feast with an equally delectable dessert like this traditional Christmas pudding or Christmas ice cream cake.