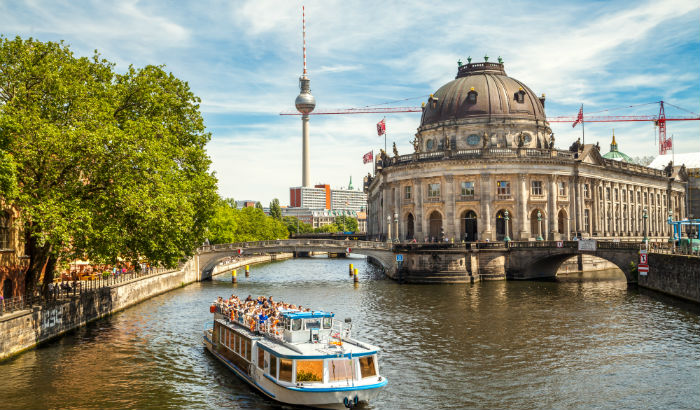 What comes to mind when you think German food? Yes, sausages and beer are probably among the best eats Germany is known for. But this historical and dynamic nation has more to offer than delicious bratwurst. Let this Berlin city guide accompany you to a quick yet exciting tour of the capital’s dynamic culinary world, traditional dishes, and restaurants worth visiting.

Berlin is a bustling city built on a colourful heritage and incredible diversity, which have significantly influenced the capital’s food culture. With the creativity of the Berliners and immigrants combined, the lively metropolis now boasts world-renowned restaurants and unique traditional dishes that locals love and tourists seek.

When it comes to exceptional dining, Berlin easily takes the spotlight. Thanks to talented food artists flocking to the city, Berlin currently has the most number of Michelin-starred restaurants in all of Germany. Chefs specialising on revamped regional dishes, fusion cuisines, and contemporary creations make up the city’s fine roster of culinary talents.

Berlin’s true food fare though is more filling and hearty than glamorous. This is clearly shown through its many traditional recipes based on meat, potatoes, and rich sauces. Its multicultural make-up also livens up its street food scene. Tourists simply enjoy walking around the city while snacking on the best-tasting kebab wrap or famous curry-flavoured treat.

And of course, don’t forget about the locals’ great love for wursts. From classic to new meat combinations, sausages are simply a must in your Berlin trip. The city is indeed brimming with delicious finds, and this guide will help you explore and learn more about them to your foodie heart’s content. 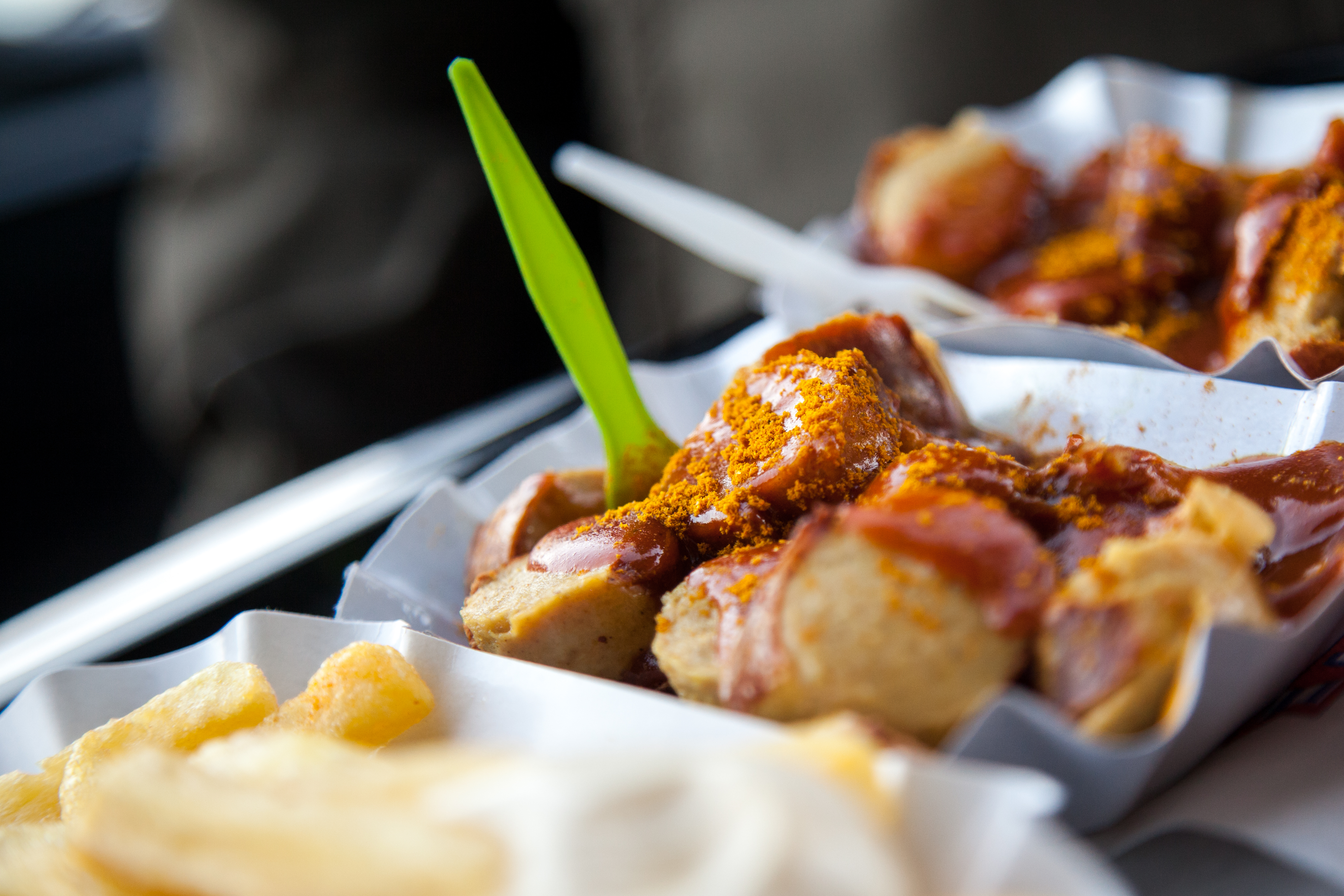 Berliners’ love for meat is clearly evident on the street, with food cart after another selling sausages to hungry locals and tourists. In Berlin, currywurst is a street food icon that’s best enjoyed with French fries. The zing of this fried sausage dish comes from its sauce made with a combination of ketchup, Worcestershire sauce, and curry powder. Did you know that you can even visit the city’s very own Currywurst Museum to discover more about this savoury treat?

Now if you can’t decide between pork or chicken sausages, locals would probably recommend the bockwurst. It is said to have been introduced back in 1889 when a restaurant owner mixed in pork into veal-based bratwurst. Nowadays, bockwursts are made with all sorts of meat and poultry combinations, even fish.

Eisbein is another traditional meat dish unique to the city. Pork knuckles are either boiled or grilled and flavoured with sauerkraut, cumin, and bay leaves. This impressive dish is typically found in Berlin’s old restaurants and served with potatoes and pea puree.

Potatoes are another staple in traditional German recipes, and kartoffelpuffer is a favourite among locals. Typically sold at food stalls, these pan-fried grated potatoes are eaten with either savoury or sweet accompaniments. Delectable dips include applesauce, plum compote, liverwurst, and sour cream.

Combine the Germans’ love for meat and potatoes and you get the hearty meatball dish called königsberger klopse. Its creamy sauce flavoured with capers and lemon will definitely have you asking for seconds!

Berlin is home to a large Turkish population. Thus, it’s no wonder that the best döner kebab can be found in the city. And while this meat and salad wrap is of Turkish origin, locals have embraced this delightful dish as their own.

Food stalls, bakeries, and cafes in Berlin have one thing in common: pretzels! While the savoury bread twist is commonly enjoyed with German pilsner, it is also a versatile treat. You can enjoy it any time of the day and even pair it with almost anything, from chocolate to cheese to meat.

Berliner pfannkuchen is a popular deep-fried pastry that resembles a doughnut but without the hole in the centre. The doughnut is dusted with icing sugar and filled with fruit jam, cream, or chocolate. It’s a heavenly snack or dessert that’s best eaten while still warm.

Berlin is often regarded as a party capital mainly because of its lively and animated biergärtens or beer gardens.  Aside from crafting the best pure beers, Germans in general love adding mixers to beer. In Berlin, for example, mixed beer known as Berliner Weisse, is a popular drink in summer and usually made by adding raspberry syrup to white beer.

Wine is also a favourite drink among locals, and come winter time, people will be keeping their hands warm by buying mugs of glühwein. Typically made of warm red wine flavoured with various spices, this drink can also be made with white wine or with other flavourings like rum, cherry brandy, and amaretto.

If you want your drink clear, fruity, and strong, then we recommend shots of liquor fermented with fruit, also called schnaps. Schnaps are categorised into two main types: obstwasser/obstler made with fruits like apple, apricot, cherry, or plum; and kräuterlikör flavoured with herbs and spices. Did you know that traditionally, schnaps were consumed after a meal to aid in digestion?

Festivals in Germany like the harvest festivals, music fest, or Oktoberfest also mean having refreshing bowle or fruit punch. Typically made with wine, cider, or beer, bowle is made extra festive by having fresh fruits and herbs floating in the drink.

The locals’ love for parties is clearly evident through their love for mixed drinks. Liquor combined with juice or soda, also known as a long drink, is usually served in a highball glass or tumbler and typically seen on the drinks menu. In Berlin, vodka Club-Mate is a popular long drink, which is both a thirst quencher and caffeinated energiser. 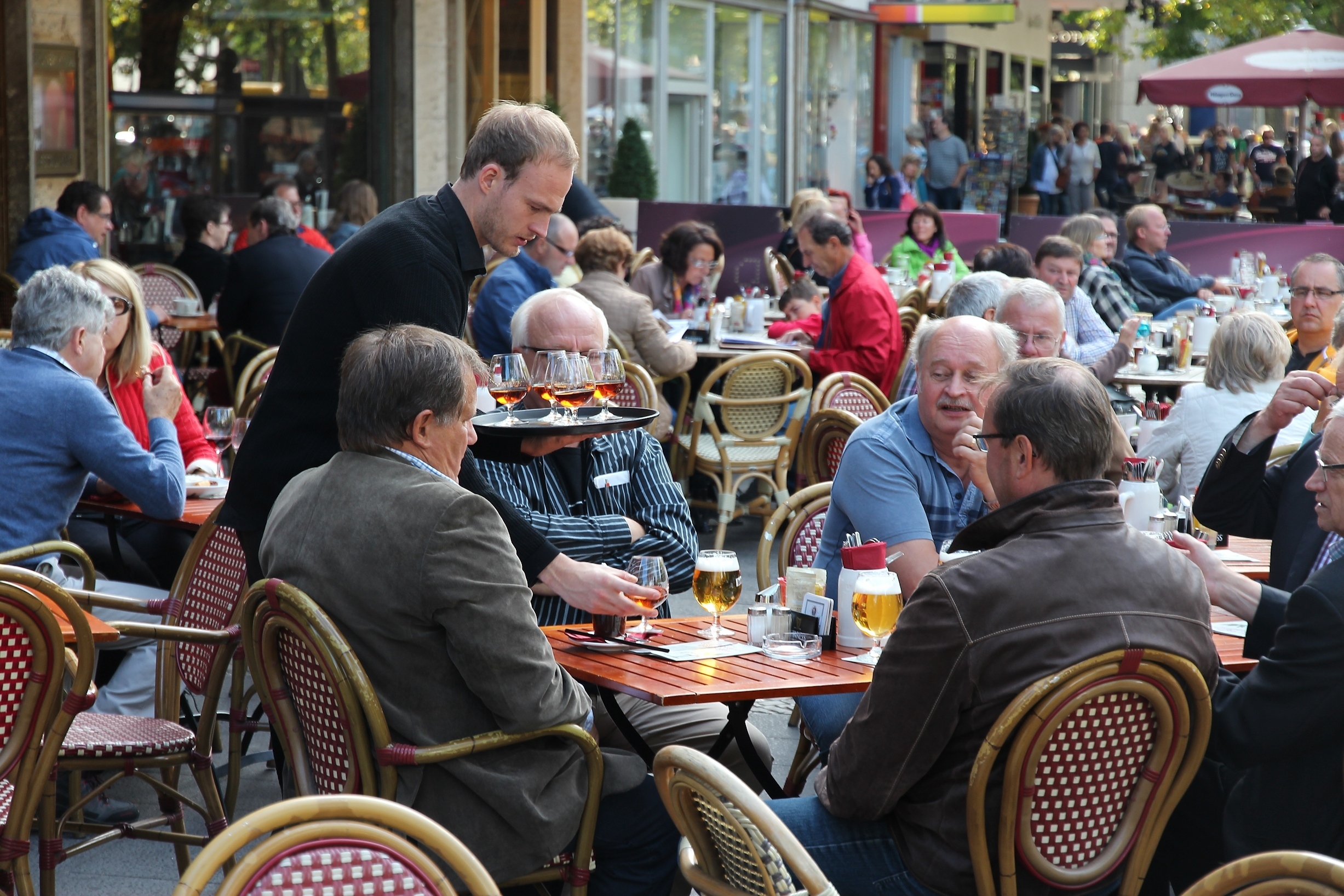 One of the best food centres in Berlin to have a sample of almost everything is Markthalle Neun in Kreuzberg district. From barbecue to sourdough bread to craft beers, locals and visitors alike enjoy the best of what different regions has to offer under one iron-beam-supported roof. The market hall gets even busier every Street Food Thursday, an organised food event where amateurs and pros gather to serve exciting snacks like ramen burgers, spaghetti ice cream, and more.

For the tough and brave fans of Berlin’s currywurst, swing by Curry & Chili’s food stand in Wedding. This famous stall is said to offer the hottest currywurst and serves 10 different sauces with varying levels of spiciness. Dare to try all 10 sauces and get the privilege of becoming a part of its Curry & Chili Club (plus lifetime bragging rights!).

Surprisingly, while meat dishes make up most of the city’s food favourites, Berlin is said to be a vegan and vegetarian-friendly city. And if you are travelling with a mix of vegetarians and non-vegetarians, there’s definitely something delicious for everyone at Chipps. Here you can easily customise dishes on offer by having them entirely meat-free or adding in extras like roast beef, bacon, sausages, and chicken.

Oderberger Straße is one of the most scenic streets in Berlin, lined with stunning architecture and a number of restaurants. If you’re able to squeeze this in your itinerary, make sure to visit Engelberg. Aside from its beautiful sidewalk dining patio, this restaurant is known for serving top-notch German breakfast with charcuterie, cheeses, and spreads sourced from the best producers in the country.

Need to buy something or made a new friend while in the city? Impress the locals with these basic German phrases.

Article Name
Berlin City Guide
Description
Berlin is brimming with delicious food finds and this guide will help you explore and learn more about them to your foodie heart’s content.
Author
Aimee Arcega
Kitchen Warehouse Blog