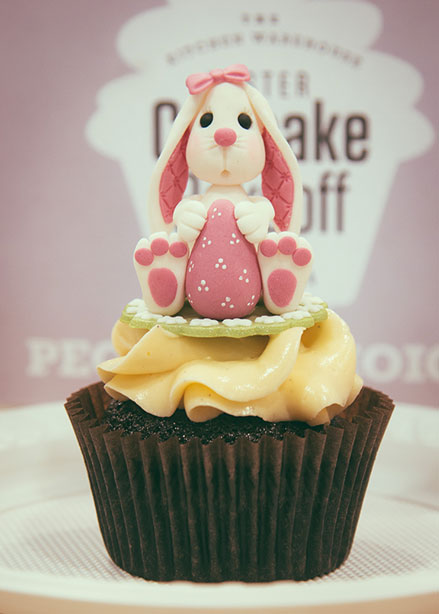 So it was Sunday afternoon and there I was, once again immersed and surrounded by an array of wonderfully delicate and delicious looking cupcakes.  Yep that’s right another Kitchen Warehouse Easter Cupcake Bake Off. This time we were way up north, at the Joondalup Kitchen Warehouse store, and man do I love this job! I mean honestly, would you pass up an opportunity to photograph beautiful cupcakes, taste them but also meet the brain behind them? Yeah I didn’t think so. 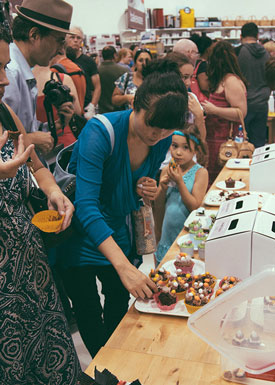 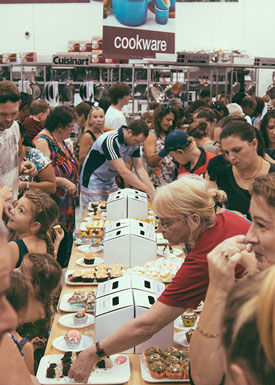 I arrived earlier this time round to avoid the chaos. The plan was to get some happy snaps of the extravagant cupcakes without having to step on people’s toes. Even early proved not early enough, I think the smell of the cupcakes filled the northern suburb’s airwaves. People were coming in thick and fast.  Surprisingly, the bunny tail theme we saw at the Cockburn Bake Off didn’t roll over to the Joondalup store, although we still had one or two fluffy tails make an appearance (it wouldn’t be an Easter Bake Off without one!). Spun sugar was the new bunny butt, and of course we still had plenty of cute fondant bunnies. How can they not make you smile? 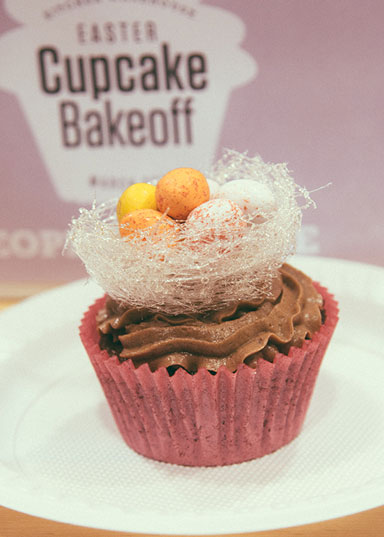 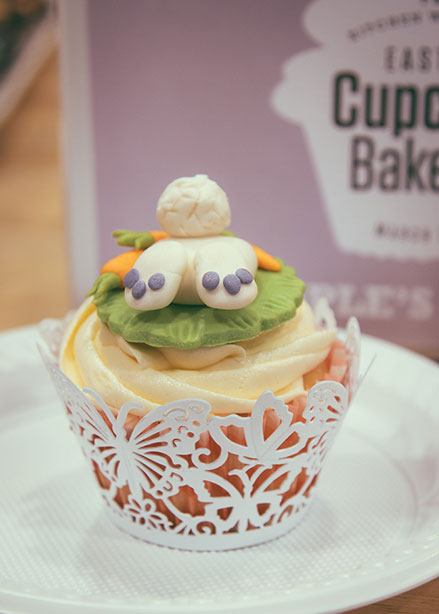 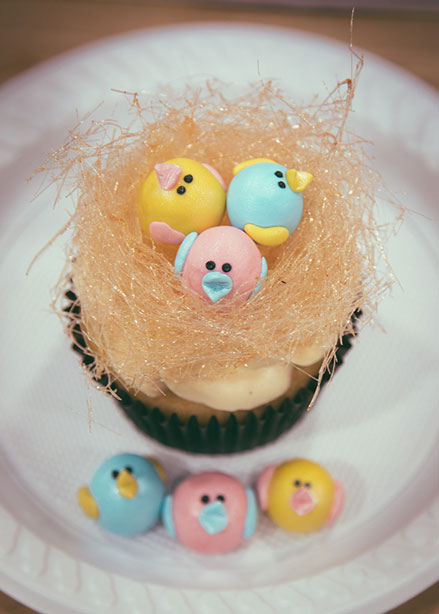 With so many unique flavour combinations, my taste buds (and I’m sure the judges’) were knocked for six. The combination of chocolate and rosewater, cherry and chocolate, salted caramel, mocha mud cakes and New York cheesecake were all an explosion of flavour in your mouth and that wasn’t even half of them.  All of them were so deliciously tasty and all in the running to be picked as the judge’s winner of the KitchenAid Mixer, an appliance that all home cooks dream of owning. Not only does this bad boy (or bad girl) mix, but you can mince, roll pasta and make ice-cream with additional attachments… pure genius! 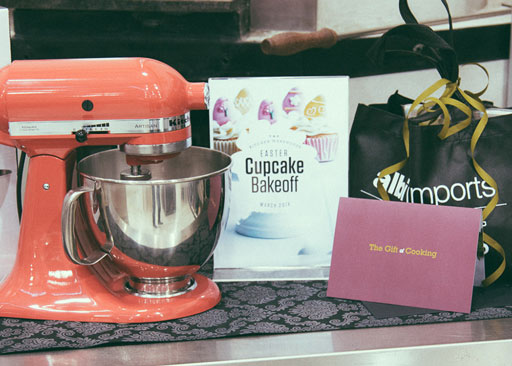 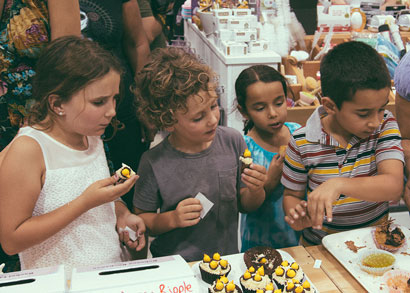 The schedule was a little different this time round, the tastings were done first, followed by Sandy and Kate’s Easter cupcake basket demonstration. This gave the judges a chance to walk around and look at all the gorgeous cupcakes and get a good taste of them all.  Again, the cupcakes were judged on taste, texture, moistness and looks. The folks north of the river certainly bought their ‘A’ game, as we saw a step up in terms of decorations and some really cool and unique ideas. Once the judges had made up their minds and the 300 strong crowd had cast their people’s choice vote, the demonstration kicked off. With everyone full of sugar, they still managed to stand still and watch in awe as Sandy and Kate threw together a beautiful cupcake basket, basically with their eyes closed. 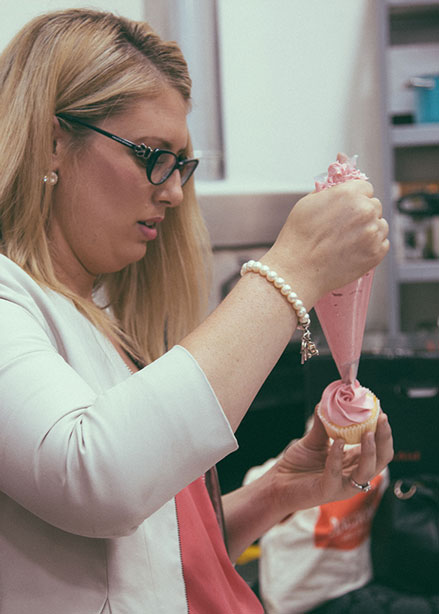 After the demonstration it was time to announce the people’s choice award.  Incredibly over 300 votes were cast at this Bake Off (yes someone had to count them all!). And the deserving winner was… Pamela Jones. Pamela definitely took the cupcake to the next level. She created a vanilla cupcake with a vanilla custard buttercream and cooked it in an eggshell…how awesome it that? I myself have never seen this before and was blown away by the techniques used. 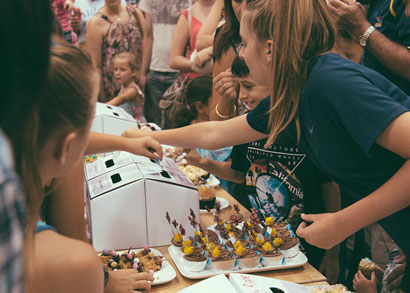 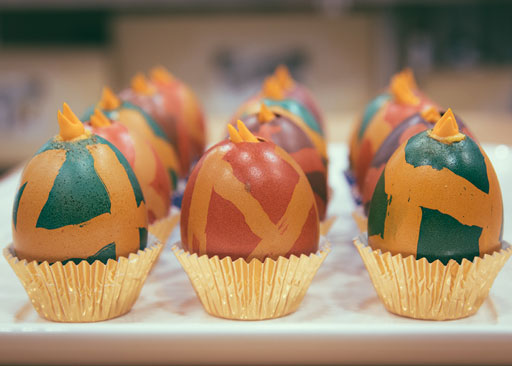 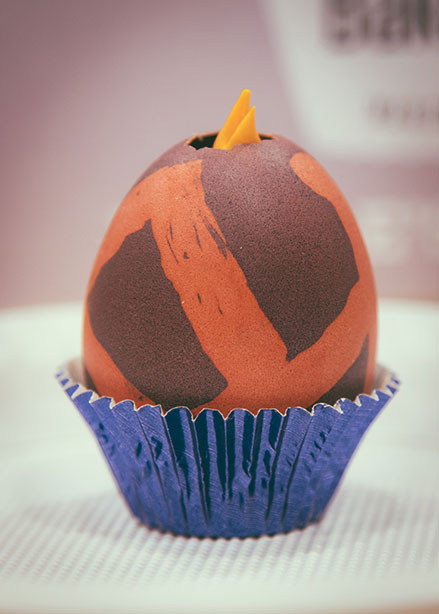 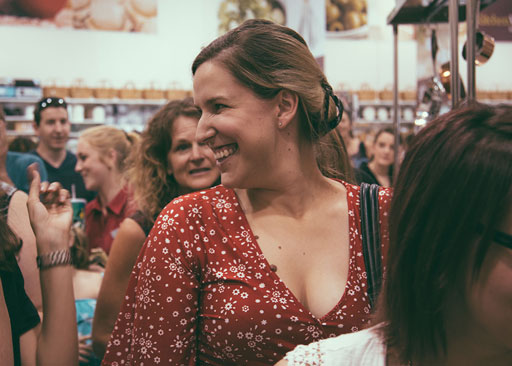 When it came time for the judge’s choice, they were again torn between two cupcakes. However, after going back for another look and taste they were able to agree on the winner. Rachel Lindsay was the winner of the KitchenAid, and man was she over the moon! Rachel created a New York cheesecake with perhaps one of the cutest fondant bunnies you will ever see. Rachels Recipe is below, enjoy. 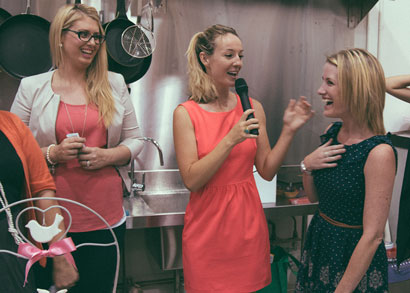 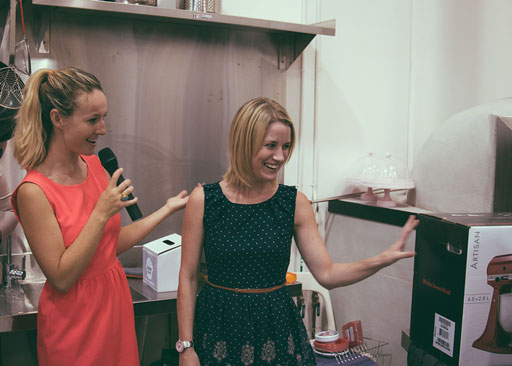 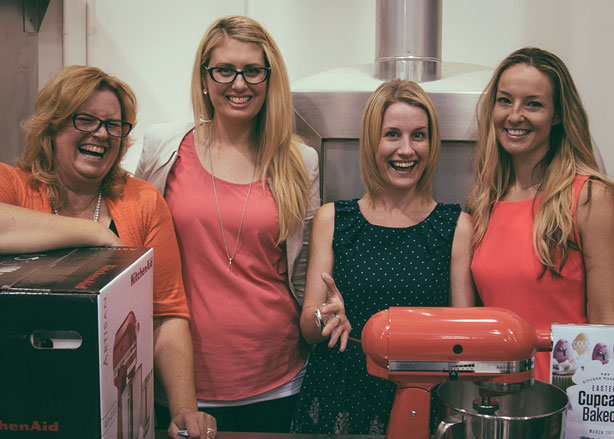 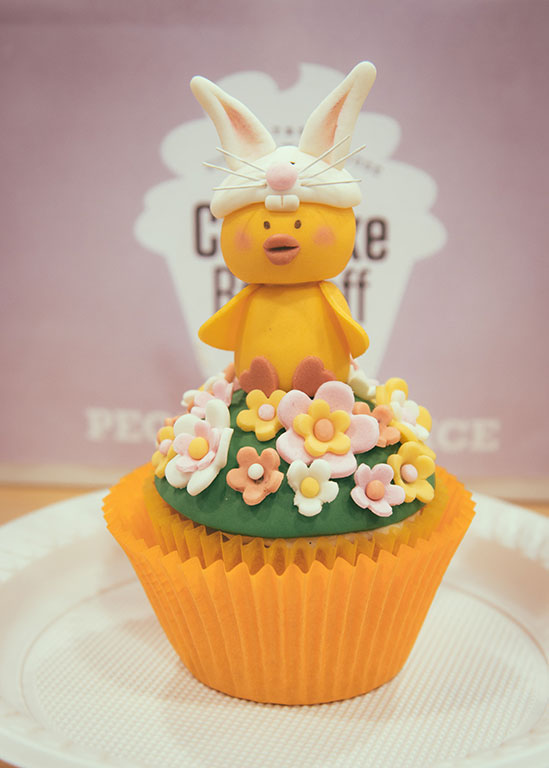 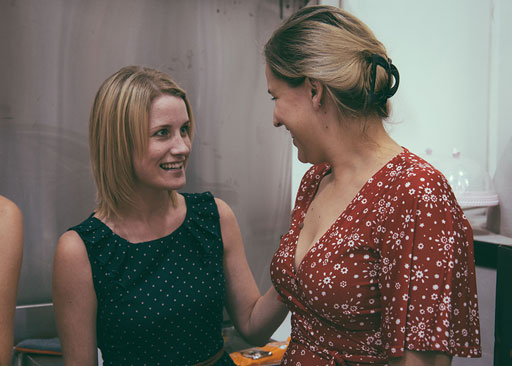 Ingredients for the cupcakes (makes approx 15)

Place approximately a tbsp of the biscuit crumbs in the bottom of each case. In a mixing bowl put all the cupcake ingredients together and with an electric mixer blend until light and fluffy ( no need to sieve the flour just throw them all together) add around 50g of the batter to each case.

Once cooked move onto a wire rack immediately and leave them to cool.

With a knife or apple corer, core out the centre of each cooled cupcake, add the raspberry preserves (approx a tbsp) top with the vanilla bean frosting and drizzle with raspberry coulis.

To make the frosting, soften the cream cheese with a mixer, add the butter, once mixed together add the icing sugar (sifted) and vanilla bean paste and whip until very light and fluffy.

To make the coulis add the raspberry’s to a heavy bottomed pan, heat until warm. Mix the sugar with 3tbsp of water and add to the raspberry’s. Bring to boiling until all sugar is dissolved. Once cooled pour into a blender and purée, strain through a sieve to remove all seeds etc