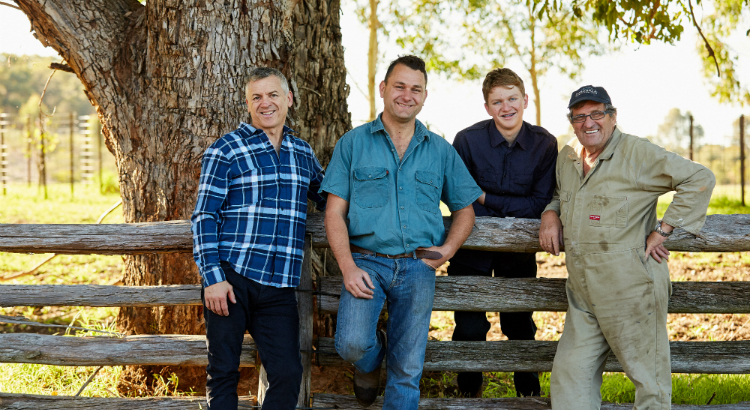 John Macaulay had already been running Kitchen Warehouse for a number years in 2003, yet nothing quite prepared him for what he was going to take on next: his first 1000-square-meter store.

“When the building was handed over to us,” recalled John, “It struck me, ‘How are we going to fill up this big, huge space?’ We’ve never experienced anything like that. To sit there wondering, ‘How is this going to happen?’”

More than a decade on and that “awesome moment”, which would define the business, remains John’s favourite memory of the lifelong adventure he has taken on with his family.

John, who has an unassuming demeanour and easy smile, got into the kitchenware business in 1996 with wife Marilyn, an equally low-key yet elegant lady. Together with daughter Jodie, they ran a small kitchenware store in the historic port city of Fremantle in Western Australia.

Their heritage in food, cooking, and entrepreneurship goes back several decades. Marilyn’s grandmother pioneered the Kings Park tea rooms in the 1920s while her father David Love later on started the restaurant.

John went to an agricultural school as a boy, sparking a lifelong interest in farming and love for the outdoors. Then some 50 years ago, Marilyn’s father bought a farm in West Coolup, which John has been helping run since.

It’s no surprise that husband and wife got into the retail business, and later on their children. Daughter Justine opened her own shops in Perth, one of which was also a kitchenware store, with husband Chris Murphy, a chef by trade. Son Peter initially worked at his parent’s store before pursuing his own career in IT. Jodie also ran her own kitchenware emporium in Brisbane for a decade.

Some time later, John and Marilyn joined up with Chris and Justine and began trading as one company. Then in 2006, Peter was brought back into the business to capitalise on the burgeoning online market through the purely e-commerce venture Kitchenware Direct.

It had been a gradual and steady rise until 2016 when Kitchen Warehouse and Kitchenware Direct merged to become a single entity. It has since seized the opportunity to become a truly national retail brand, the country’s no. 1 in kitchenware.

Before this year is out, Kitchen Warehouse will have 13 stores across three states—seven in their home base of Perth, three in Queensland, and three in Victoria, with the store roll-out over east beginning only in 2017.

John looks back at their history as a family business with a mixture of astonishment and pride. He remembers with amusement and fondness that when they were first started, they would check their takings for the day and joke that, “Yes, we can eat today because we’re not running at a loss.”

They’ve come a long way since and this close-knit family couldn’t have done it without each other.

It’s all in the family

Peter, now Kitchen Warehouse chief executive, is the brilliant, smart entrepreneur who’s built a successful company before he turned 40. As captain of the ship, he helps the company navigate the tough waters of Australian retail. Peter, a BBQ enthusiast and keen farmer like his father, is also always the first to try out new equipment, tools, or gadgets. 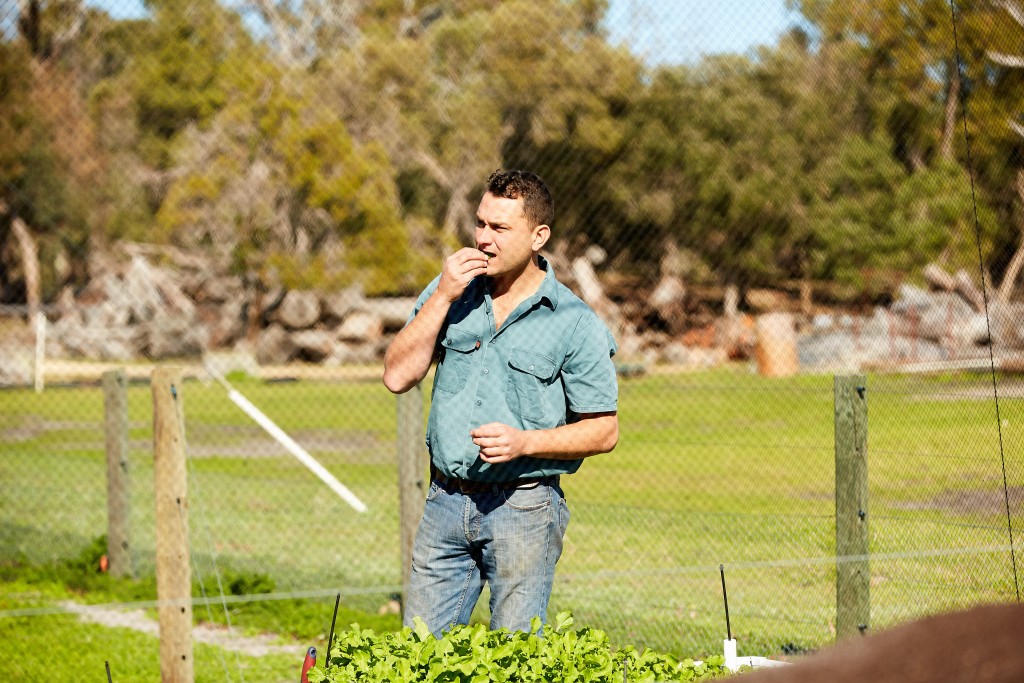 As company director, Chris spearheads the national expansion of the retail stores, backed by years of experience running the highly successful Perth chain. Reserved yet charming, Chris is called upon every now and again to don his chef’s jacket for in-store activities. Also an athlete, Chris fundraises for Youth Focus by participating in the 700km annual ride across WA.

Justine is the company’s marketing director, creative mind, and arbiter of taste. Funny and stylish, she is also a great hostess like mum.

Matteo, Justine and Chris’s eldest, grew up around the business and at 16, chose to work as a team member at one of the Perth stores. Away from school and work, Matteo can be found at the family farm dabbling in farm work, trying his hand in the kitchen, or enjoying outdoor activities like mountain biking and hiking. 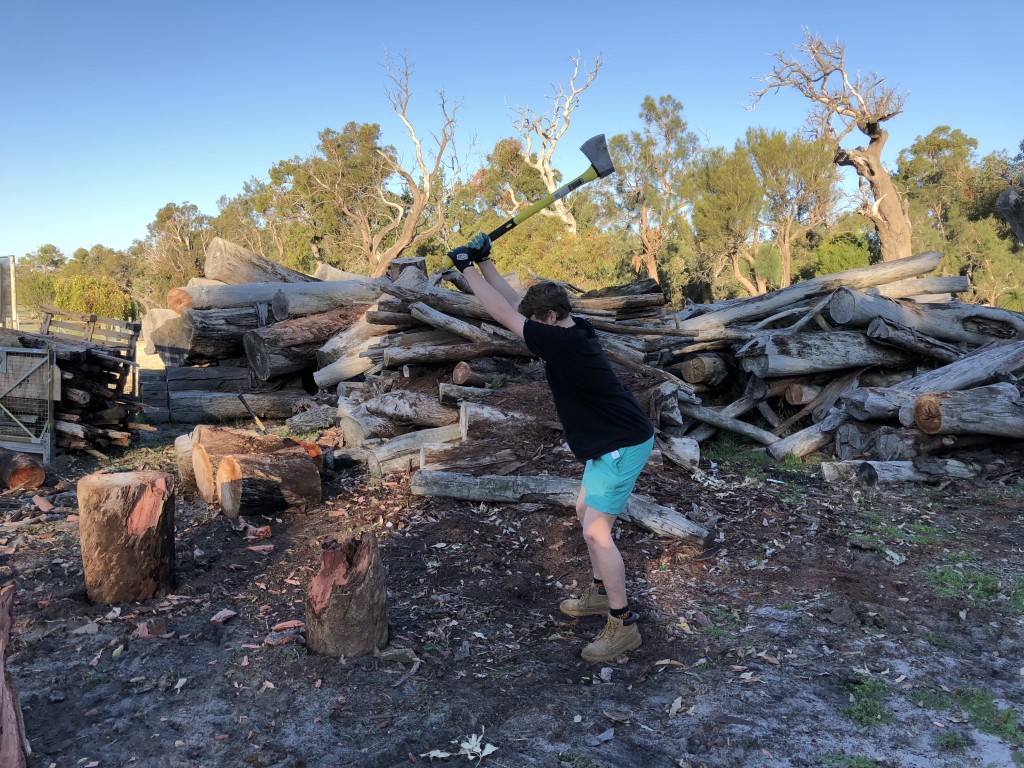 It’s too early to tell whether Matteo will become a third-generation business owner, but one thing is for sure, he would have to work for it. John recalled that when he lured Peter away from his lucrative job, he could only promise his son a minimum salary and the opportunity to earn his share of the company. “So he had to work to buy his way in. Sweat labour!” he joked.

John believes their bond as a family and skills as individuals make a great recipe for success. Like any father, he speaks of his family with unabashed pride. “Everyone is well qualified,” he said. He noted that Chris has an MBA, Peter finished a degree in IT and Justine in marketing, while he himself is a qualified accountant and fellow CPA.

John also credits his father-in-law for being their mentor, adviser, and confidant. “He was the guiding factor in helping us plan our way ahead.” Their only regret, he added, was that his in-laws are no longer here to share the business’s success with them.

“They were our sounding board as we were going into new adventures all the time. We’d sit down and discuss it as a family.” This is a sacred tradition they keep to this day and one that, John feels, makes a family business not only unique, but also stronger.

“As a family, we have the ability to work together,” John explained. “We discuss issues at the family table at dinnertime so everyone has a broader understanding of, and is interested in, what’s happening. That doesn’t happen in a big company.”

These days, John is more than happy to let his children run the company day to day, while he continues to run their 180-acre farm called Salisbury Grange. There he raises a hundred head of Angus Wagyu cattle which they sell commercially. With Peter, he plants trees to reforest the farm and grow a variety of produce, from pumpkin to corn, watermelon to passion fruit.

John is thrilled that his family has embraced the farm as eagerly as he had as a child. “We used to bring them down there for weekends and school holidays because we wanted to give them the experience of farm life.”

John loves the “relaxed way of life” at the farm and being able to soak in the outdoors. Justine noted that “Papa John”, as he is lovingly called, practically lives in his overalls. “That’s right!” he confirmed with a chuckle. 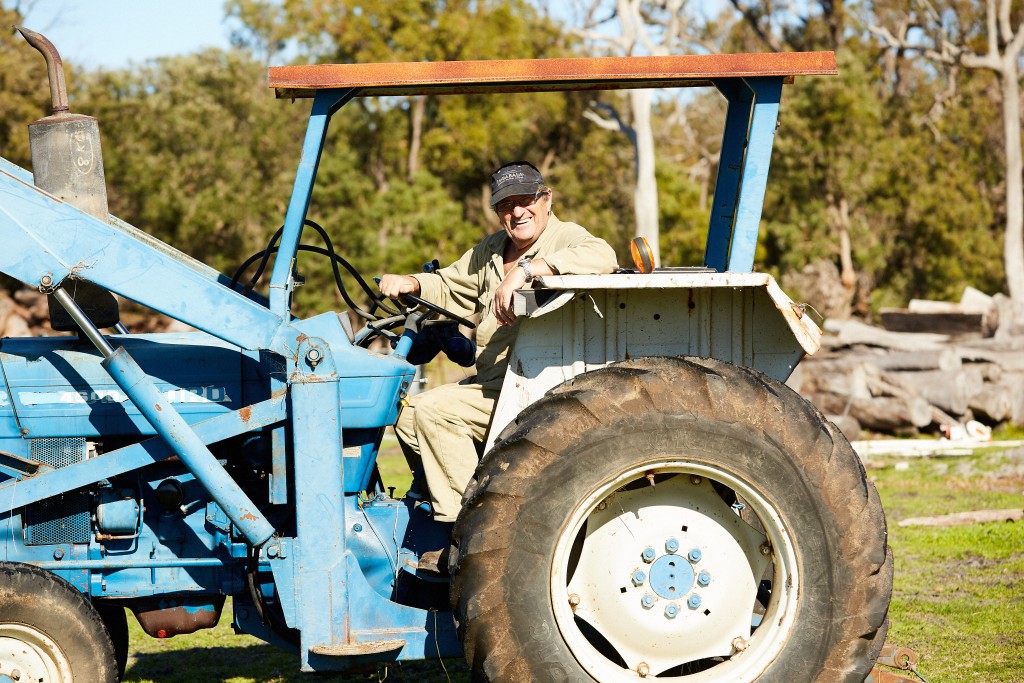 With so much space and such fresh produce at hand, the farm is also central to the family’s passion for cooking and entertaining. Aside from the kitchen staples, they have a wood-fired pizza oven, conventional barbecue, wood-fired smoker, and electric smoker.

“We enjoy trying different ways of preparing food,” John said. Another advantage was that, “Everyone is also able to cook their own pizza!”

The farm is as central to their family life as is Kitchen Warehouse. “It has always been the focus for family activities and get-togethers,” said John. “It’s where we spend birthday parties, celebrations, and holidays with family and friends.”

It might also be where John ponders over how far they have come from just aiming to put food on the family table to helping do so for the families of about 200 people they employ.

“It was totally unexpected to be where we are today. That might have been a dream,” John said. “It’s absolutely incredible.”

One Reply to “Fathers and Sons: The Kitchen Warehouse Story”

You've got the best of both worlds with the Salisb

Now's the perfect time to start stocking up on all

We're nuts about this peanut butter 🥜😱 You w

We're starting the weekend early with some frozen

Dip into the new year with delicious, healthy home

With the New Year comes a new determination and a