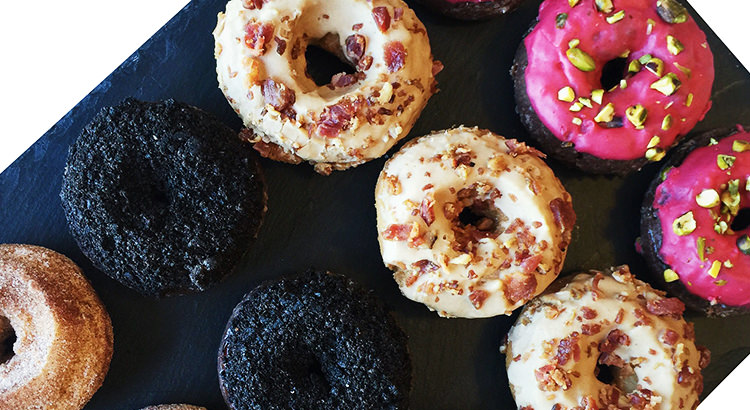 We are in the grip of a doughnut revival. These deep-fried (or sometimes baked) warm sugary snacks are not just your traditional glazed or cinnamon number, this dessert staple has grown into a gourmet treat that you may even find now stacked on top of your milkshake at a cafe!

So where did it all begin? The debate begins with the Dutch olykoeks or ‘oil cakes’ from the mid 19th Century but it was American Hanson Gregory in 1847 who punched a hole in the centre of a dough ball to eliminate the unwanted, uncooked centre, to then stuff it with fillings.

However the Doughnut is not exclusive to one country or culture, with so many variations seen across the world like:

Today, with so many upmarket versions on offer, you can create your own gourmet doughnut right at home. Say good buy to the simple jam or plain old vanilla custard doughnuts, try filling or topping yours with an array of sophisticated ingredients that beat anything you can buy in a shop.

Use your KitchenAid Stand Mixer to jump onboard the doughnut craze and create your own flavour combinations. Here is some inspiration for you to get started: