“Grilled steaks or lamb cutlets with young vegetables make the most delightful of summer meat dishes” says the late Elizabeth David, in her book “Summer Cooking published originally in 1955. Grilled food is the ultimate way to enjoy eating in summer, its fast and simple and doesn’t involve hours on end in a sweltering kitchen.
No doubt, the grilling referred to then would have been under or on an actual outdoor grill, but the grill pan, that piece of kitchen equipment that leaves attractive charred black lines on your food works wonderfully well, and also means you can see exactly what is going on with your food as it cooks instead of craning your neck into an oven or having to relocate your kitchen outside and start up the BBQ, only find you’ve run out of gas…

Donal has a number of recipes that involve grilling in his book Eat Live Go. One recipe of his is a Grilled Avocado Salad with Green Goddess Dressing. Now you may have seen my post of this on Instagram lately, and whilst the grilled avocado was aesthetically pleasing, I’d have preferred my avocado fresh, though do give it a go, after all taste is subjective and you may think differently. The dressing on the other hand however was beautiful and I can certainly see myself making this again sometime in the future.

Since getting the Chasseur Grill pan its been getting used more regularly than anything else in my kitchen. The beauty of these cast iron pans is they can go seamlessly from the hob to the oven (if you need to cook thicker cuts of meat). Along with the recipes from Eat Live Go I’ve cooked using this pan I’ve found it seems to keep chicken breasts more tender and grilling zucchini on here then spritzing with lemon is one of the best vegetable dishes of all time.

One recipe I eagerly bookmarked in Eat Live Go was Donal’s ’Spice Rub Chicken Leg Supper’ one of those big flavour dishes that don’t need a lot of preparation or fiddling around on your part. The original recipe served four but i made this a solo-supper so left out the apricot bulgar that was meant to served on the side. 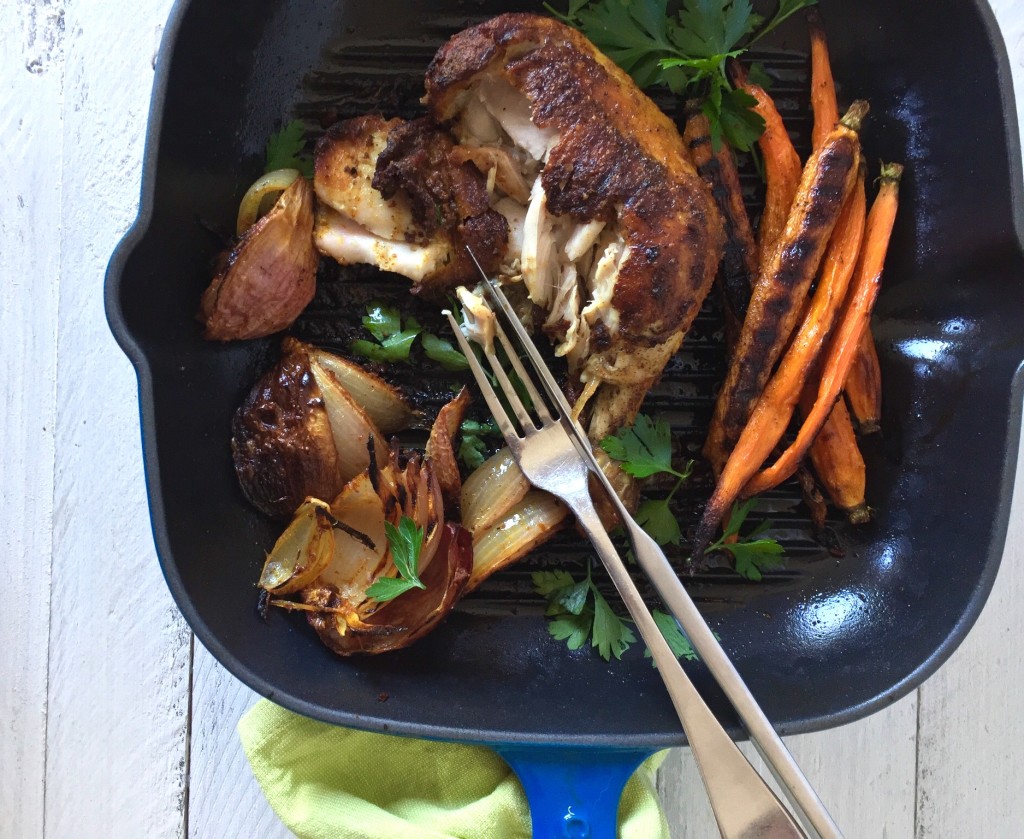 Donal gives the option in his recipe to marinate the chicken overnight (which I did) and the easiest way to do this is in the bag your chicken cutlet comes in. You simply sprinkle into the bag the spice rub ingredients, massage it in then place in the fridge. Doing it this way means you have less washing up and less mess.

The next day, I prepared the vegetables, pre-heated my oven and got the grill pan out. Now this is where I deviated from the original recipe. Donal suggests to bake in the oven but to re-create those smoky flavours you can get from a tandoori grilled chicken I pre-heated the grill till it was nice and hot and grilled the chicken and vegetables all at once together in the pan. After a few minutes a side and the chicken was blackened in parts, I put into the oven until fully cooked and the skin deliciously crisp, which was about 25-30 minutes. And as it was just myself eating I enjoyed straight from the pan. 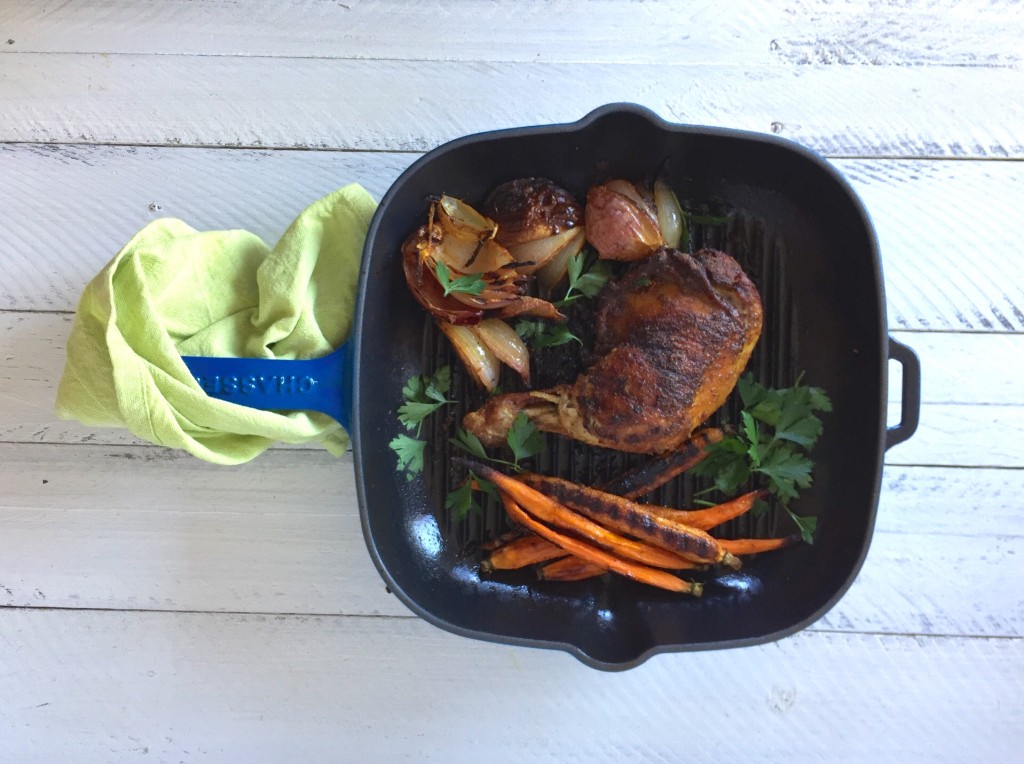