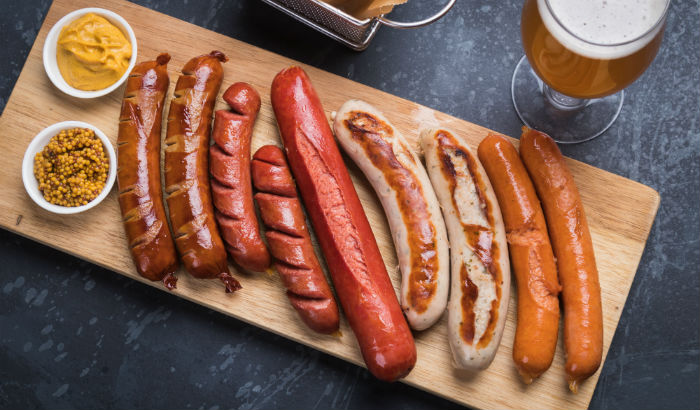 If you ever get the chance to visit Germany, having authentic German sausages for lunch or snacks is perhaps inevitable. But before making that first big bite, it will be good to learn a few wurst facts and understand what makes each sausage type unique. Here’s our brief guide featuring some of Germany’s well-loved sausages to help you decide which one to try first.

Sausage or wurst is a quintessential component of the country’s cuisine and the Germans’ way of turning food scraps into something delicious. When in Germany, sausages are not just for breakfast but can be enjoyed any time of the day. Other than being a main meal, sausages are often incorporated in soups, stews, and casseroles. They are also a staple during important occasions such as Christmas and Oktoberfest.

Wurst is essentially made from pork, fat, and spices but Germany has over a thousand varieties worth trying out. Some sausages have even earned the Protected Geographical Indication (PGI) status, one of the European Union’s schemes that aim to protect the quality of regional food and agricultural products. Different German regions may be producing their own sausages, but these can be grouped into three main categories: raw, precooked, and cooked.

Roh means raw in German. This type of sausage is usually made of raw high-quality pork and beef combined with bacon, spices, and curing agents. Formed raw sausages are then smoked and fermented or simply dried to develop their flavour and make them safe for consumption. There are two types of rohwurst available: the soft, spreadable variety with a short shelf life, and the firm, sliceable variety with a longer shelf life. Below are a few examples of raw German sausages.

From the German word bruhen, which means to scald or blanch, bruhwurst is a variety of sausage that is boiled or precooked in steam or hot air. These wursts are cooked to a certain temperature to make them edible. Because of this cooking process, these sausages develop an outer skin with a bite that remains even when they are reheated. Here are some popular bruhwursts that you are likely to encounter on your next trip to Germany.

Kochwurst is derived from the term kochen, which is the German word for cooking. Sausages under this group contain cooked meat and offal mixed with binders such as gelatine, blood, or cereals. The mixture is then stuffed into casings then cooked, cured, or smoked for more flavour. Below are some familiar German cooked sausages.

You might be wondering which group Germany’s most popular sausage belong to. Bratwurst is of its own variety as it can be purchased raw or precooked. Raw bratwurst is usually pink in colour and may require some skill to cook properly. Some would boil it for a few minutes in water before grilling to make sure it’s fully cooked inside. The precooked bratwurst, on the other hand, is pale and stiff in appearance. It has a longer shelf life and is easier to grill.

Different German regions have their own take on this famous sausage. Any kind of meat, from pork to beef to lamb to venison, can be used to make it. It also comes in all sorts of sizes, textures, and flavourings. Among the most prized bratwursts are the Thuringer rostbratwurst, flavoured with marjoram and caraway, and the Nuremberg bratwurst, spiced with garlic, peppercorns, and marjoram. These regional sausages are protected by law; thus, they can only be made in the cities where they originated.