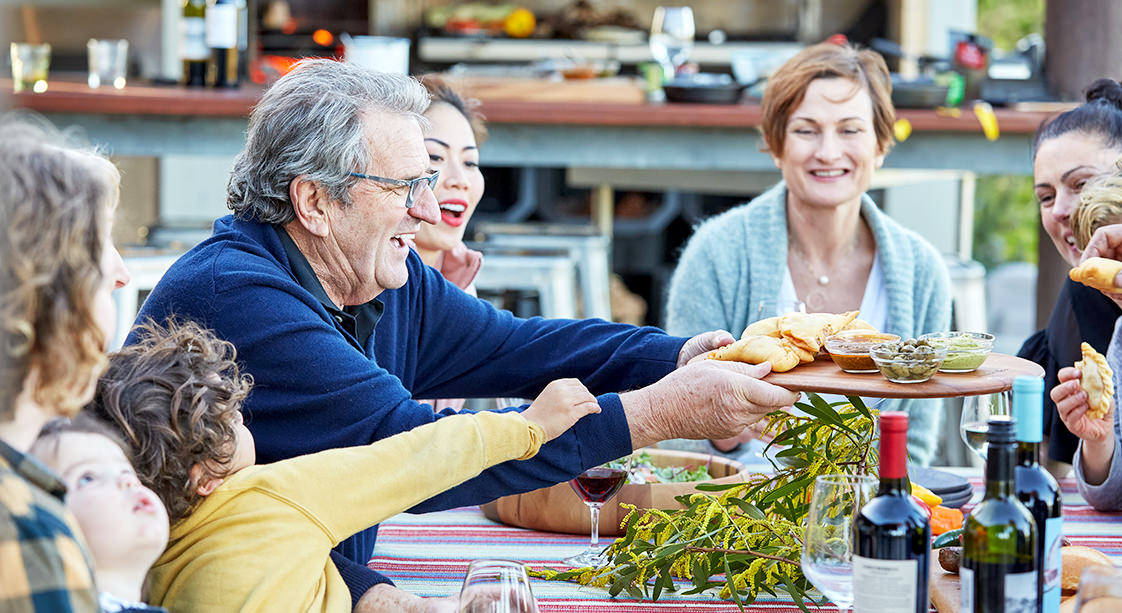 South American fare is on the menu at the Kitchen Warehouse family farm.

Kitchen Warehouse founders Marilyn and John Macaulay have always been struck by wanderlust.

Hailing from a long line of hospitality-based entrepreneurs, travelling around the globe has enabled the duo to find endless sources of inspiration and new experiences to bring home not only to the family but also to their customers.

When the pair came across the spectacle that is Argentinean BBQ and grill on one of their adventures they immediately were captivated. With barbecuing being such an important part of Australian culture, they instantly knew the cuisine would be irresistible back on home turf.

They decided to build their own Argentinean barbecue on the family farm, south of Perth. As their interest in South American fare of all types expanded, they realised cast iron cookware was a crucial element for recreating flavours from the region.

And so they came across Victoria Cast Iron, traditional cookware steeped in history and forged using generations-old techniques. It seemed only natural that Victoria was stocked at Kitchen Warehouse. The more the Macaulays got to know about Victoria and the family behind the brand, the more impressed they became.

In time, it became clear that Marilyn and John had ignited a passion for South American food in their children, co-owners of the business, and as a family knowledge of the traditional delicacies from the region grew and the hunger to learn more expanded and intensified.

To celebrate the launch of Kitchen Warehouse’s latest campaign, Our Latin Table, the family gathered at the farm to indulge in an authentic spread of some of their favourite foods.

A planned trip to South America in 2020 to visit the owners of Victoria had been cancelled due to COVID 19 but no one was going to let that dampen spirits.

Argentinean BBQ restaurateurs Max and Emily from El Asador joined the group to share some more skills and make sure a truly authentic experience was created.

The family’s purpose-built Argentinean grill, deep fryer and KitchenAid were enlisted to churn out the spoils. Empanadas, Asado including beef, pork, ribs, grilled vegetables and of course chimichurri hit the table to the delight of those in attendance- the store’s co-owners Justine and Chris Murphy and their family, Justine’s brother and CEO Peter and his wife Vian, their cousin and the business’ talented stylist Jo-Anne Pabst and her husband photographer Grant, and Marilyn and John’s other daughter Jodie and her son Xavier.

“The empanada and asado were big hits,” Jo-anne says. “Of course we finished off with churros, everyone loved the churros. It was great watching the kids and chatting all things family businesses.”

She says she was surprised by how easy some of the food was to make and there are definitely plans afoot for more catch up and cousin time.

She says the KitchenAid in particular, proved invaluable in making many elements of the dishes.

“The empanadas and churros were so easy to make and I hope one thing that comes out of the Our Latin Table campaign is that more people actually give them a go and make their own too.  I loved making the empanadas. Folding them was fun and I will definitely make my own take on these.”

“All the boys enjoyed talking about the cuts of meat and Max’s expert take on them.  Australians know how to barbecue but there is always more to learn and some of Max’s clever tips really will help to make barbecues more interesting this summer. There were lots to learn and be inspired about and I am excited to share this with the extended Kitchen Warehouse family.” 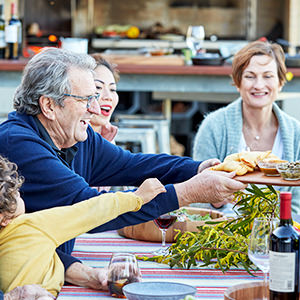 You've got the best of both worlds with the Salisb

Now's the perfect time to start stocking up on all

We're nuts about this peanut butter 🥜😱 You w

We're starting the weekend early with some frozen

Dip into the new year with delicious, healthy home

With the New Year comes a new determination and a