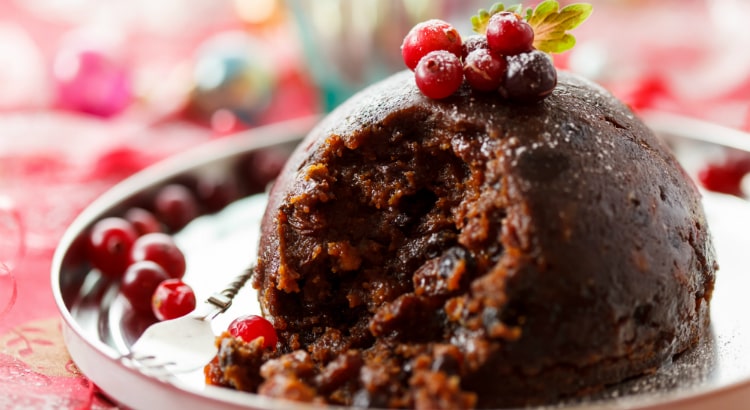 Making a traditional Christmas pudding may seem overwhelming with its long list of ingredients and steps. However, it’s really not at all hard to make. What it requires is time, two days at least to prepare and weeks to allow the pudding to mature. But having a Christmas pudding that is all at once rich, dark, dense, sweet, spiced, and fruity to serve is certainly well worth the trouble.

Packed with delicious flavours of dried fruits, spices, and brandy, Christmas pudding is best made on the Sunday before Advent, or the fourth Sunday before Christmas Day. This allows the pudding to develop all the festive flavours that represent the holiday season.

The first half of your preparation requires combining the dried fruits and soaking them overnight. Once that is done, you can proceed to making the actual pudding. Steaming alone takes seven hours. Make sure you allot enough time to complete all the steps to make this Christmas pudding.

That said, don’t forget to make a wish whilst taking turns in stirring!

Australia's Number 1 in kitchenware ❤️
#kwcommunity to be featured!
We ❤️ to 🍳 and 🥂
Shop CHRISTMAS ⤵️

Rise and grind ☕ Retro lovers will be falling he

Summer is finally here which means it's time for l

It's time to create the table of your dreams ✨ A

This lineup is bound to have them lording over the

Need a little help in the gift-buying department?

Sparkle, spice and everything nice ✨ Become a co