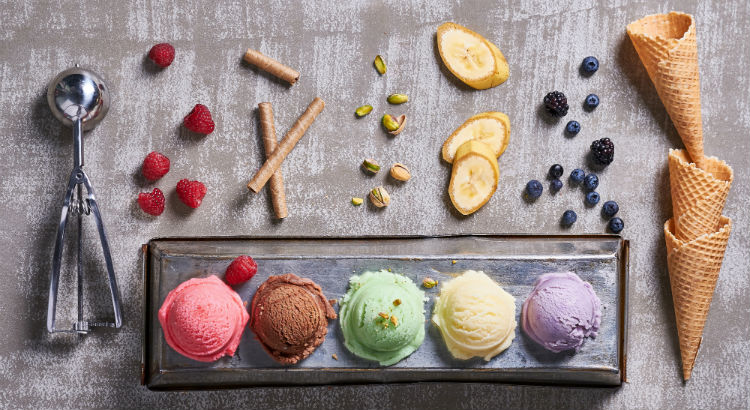 For a frozen treat, ice cream is a hot mess historically speaking. For example, no one really knows who invented it, even food historians can’t say. But there’s one interesting claim that debunks everything we know about ice cream: Vanilla is definitely not the first flavour and it may have been honey or raspberry. And do you know oyster ice cream was also a thing back in ’80s and ’90s? Read on to learn a thing or two about the history of ice cream and decide what ice cream flavour is closest to your heart.

Ice cream traces its long history to ancient Egypt, before it even got to Italy. Though it was not the ice cream we know today, the earliest form was close to shaved ice with syrupy flavourings as confirmed by studies. In Egypt, Rome, China, and Japan, there are stories of ancient slaves collecting snow from far mountains to make this type of icy dessert for the royals. And each serving came with a drizzle of fruit juice, nectar, or honey.

While it may still be a mystery as to who invented ice cream, many believe it was the French who first put cream to the frozen treat and developed the churning technique. But be it ancient or not, we all scream for ice cream. Some even spend hours on queues just to get a taste of new, exciting flavours. Are you the type who only eats one flavour all the time? Or are you keen enough to try the trendy or quirky flavours? Here’s a list of familiar and peculiar ice cream flavours you would want to know more about.

Agree or disagree, vanilla is the simplest but most versatile of all flavours. It goes very well with other flavours and mix-ins, plus its flavourful paste and/or extract enhances the smooth, creamy taste of any basic ice cream recipe. So if you need something familiar, simple, and simply delicious, vanilla ice cream is the way to go. Though it may not have been the first and original flavour like we all thought, vanilla is still definitely the flavour we’d always go back to every time. Chocolate, coffee, and strawberry are also all-time favourites and safe options you can serve almost anybody.

What’s better than cookies and milk? Cookies ‘n’ cream…in between cookies! A take on the popular ice cream sandwich, which was originally a smear of ice cream between two thin graham wafers, this super sweet combo dessert has since taken the frozen dessert game to next level. Not only can you eat this ice cream without a cone or cup, you can also easily consume it as it softens in your hands. And with the sweet chocolate chips overlapping the creamy and delicious cookies ‘n’ cream, we bet your sweet tooth will be more than satisfied. If you haven’t tried one, now’s the time!

If you’re the adventurous type when it comes to desserts especially to ice cream, you know there’s no in between with odd ice cream flavours. It’s either genius or just plainly strange. But to put them in a good light, strange can still be interesting enough to try. Take oyster and wasabi ice cream for example. Made of rich oyster soup, strained and then frozen, oyster ice cream is said to be a popular flavour back in 80’s and 90’s; though many food historians believe it was simply mistaken as a dessert instead of just being plain cold soup. It may not have been a real deal but it’s making a “comeback” today and many are willing to try. Wasabi ice cream, on the other hand, is a combination of frozen treat that has a hot aftertaste. It elicits that tingling sensation in your tongue and ears. And where else could this be popular other than its home country, Japan?

If you are partial to all things gourmet

If you fancy everything delicious and pretty, you’ll surely be keen with ice cream cake. A flavour-packed combination of two of the world’s most famous desserts, ice cream cake is truly a heavenly after-meal treat. This much loved dessert dates back to the Victorian era, when people made “bombes” or ice cream moulded into shapes using thick moulders to keep them cold. In old recipe books, there were accounts of biscuits and sponge cakes used as liners to hold the ice cream. Since then, almost any flavour of ice cream and cakes have been experimented on to explore the many faces of this combo dessert.

Shelife game strong 😍 Add some style to your ta