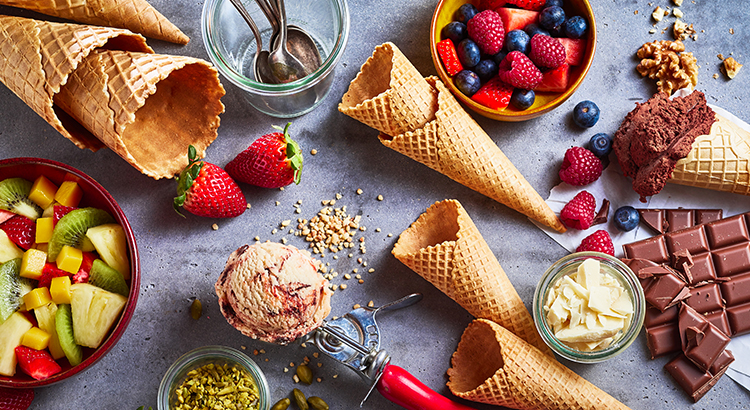 Summer is not just for barbecues. It’s also the perfect season to enjoy scoops of anything frozen. From ice cream to gelato to yoghurt, the combination of cream with fruit and other delicious ingredients is the best treat to help you cool down. And with so many frozen desserts to choose from, knowing what sets them apart will definitely help you decide which treat would go well with your wafer cone!

Yes, they all have the ability to satisfy your sweet tooth, but frozen treats do differ in ingredients, nutrient value, and texture. So if you want to indulge the healthy way or treat yourself to something rich and creamy, here’s a list of some of the most popular frozen treats you can try this summer time (or any time!).

It’s amazing how a simple alteration of ingredients and mixing process leads to a myriad of churned and cold concoctions for us to enjoy. And with more and more healthier frozen treat choices now available, skipping dessert is really no longer an option.

Ready to make your own frozen treat? See ice cream and yoghurt makers, cups, scoops, and other accessories here.

Get hydrated with @frankgreen_official 💦 A frie

What's your favourite frozen cocktail? Ours is a f

Switch up your snack routine in 2021 with these ma

Swipe for lunchbox inspo ➡️ We are loving @yum

Who said salads had to be boring? Give your salad

New year, new kitchenware ♥️ It's time to get