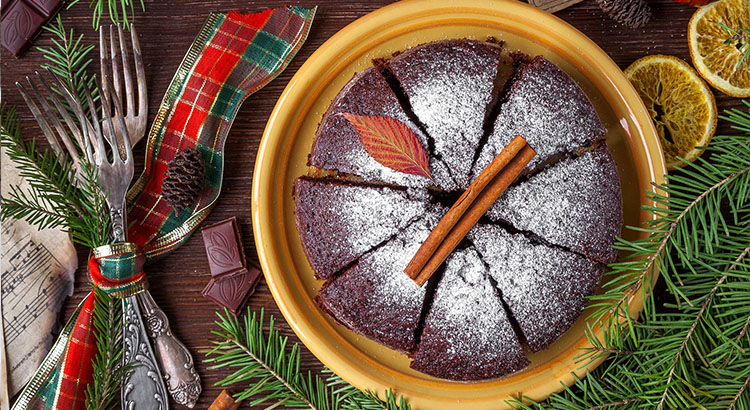 Give your traditional Christmas a fresh, new spin with these oh-so tempting Christmas food ideas from around the world.

A partridge in a pear tree, a one-horse open sleigh, chestnuts roasting on an open fire – these are common images evoked whenever Christmas time comes around. Christmas, though, isn’t limited to just one kind of celebration or one kind of food.

If anything, Christmas is a coming together of many different people in many different ways – and when it comes to food, Christmas feasts can be anything but ordinary. So, we’ve put together a list of some of the most interesting Christmas food from all over the world to help inspire your festive season.

For the Land Down Under and its neighbours, Christmas happens right in the middle of summer, so it’s no surprise that most celebrations take place outdoors. Barbecues and sit-down dinners held outside are common, with all kinds of meat present. Seafood is a favourite and cold cuts are usually served because of the hot weather.

In New Zealand, people generally spend the holidays at the beach, with barbecues for Christmas lunch. Christmas puddings and cakes, pavlova, panettone, Christmas dampers, fresh fruit, cold or iced desserts and cold beverages round up a typical New Zealand or Australian Christmas meal.

Buddhism and Islam are the more dominant religions in many Asian countries, which is why Christmas is celebrated mostly by the Christian communities, with the exception of the Philippines, a highly Catholic country. In recent years though, secular Christmas traditions can be seen to have influenced Asia, as Western-style decorations, food, gift-giving and even adopted versions of Santa Claus/Father Christmas have become popular in the bigger cities and towns.

The highlight of Christmas feasting in Japan is having dinner at the fast food chain, KFC. Due to a widely popular ad campaign in the 1970’s, having a KFC Christmas has become a tradition, with reservations for a party bucket of chicken made as much as two months in advance. KFC’s Colonel Sanders even wears a Santa suit in the spirit of the occasion. Aside from this, Christmas is more of a couples’ day in Japan, with New Year being the more family-oriented holiday.

The Philippines has the longest and most festive Christmas season in Asia. Celebration officially begins on December 16th and lasts until New Year. Street hawkers sell Christmas staples such as bibingka and puto bumbong, both rice cake varieties, and hot chocolate. The traditional Filipino Christmas dinner, called Noche Buena, is a family feast observed from Christmas Eve to Christmas Day. Roasted pig or lechon, ham, queso de bola, fruits, flan and pansit or noodles are common items among the array of dishes served in one sitting.

Although the Indian population is mostly Muslim and Buddhist, Christmas has gained a foothold in the country in recent years. Christmas is more of a religious holiday in India, and food includes vindaloo, which is a pork dish, curried rice or vegetables, pastries made of coloured dough such as kulkul, chakli, nevryo and laadu, and in some homes, a turkey or chicken. Households are generally expected to have sweets ready for visitors.

For African nations, Christmas is a spiritual celebration rather than a secular one. Community gatherings and Christmas dinners with the family after church services are the normal way to spend the season. East African countries usually serve roasted goats at Christmas meals or varieties of goat meat dishes, along with rice, flat breads, steamed bananas, cassavas, yams or potatoes. Specialty dishes like luwombo, a traditional chicken dish from Uganda, or fufu and okra soup in Ghana make an appearance as well. In the hotter parts of South Africa, Christmas is more enjoyed at the beach with family barbecues.

Europe, the cradle and seat of modern Christianity, celebrates Christmas with much fanfare. Steeped in a long history of traditions, the Christmas Season in most of Europe is enthusiastically marked by decorations, music, food and drinks, gift-giving, fireworks, vacations and an overall atmosphere of festivity that lasts well until New Year’s Day.

An English Christmas meal is generally served in the early afternoon, so that people can watch the Queen’s Christmas speech. Traditional dishes include a roast goose or turkey, bread sauce, which is a cream base thickened with old bread, and of course, the much-loved Christmas pudding. This pudding is made weeks beforehand with dried fruit, spices, brandy and nuts, allowed to age then flambeed with brandy at the end of the meal.

A Christmas dinner in France, called Le Reveillon, is usually served after the midnight mass. Like most Western countries, a roast goose or turkey is the centrepiece of choice, stuffed with chestnuts and other ingredients. The food is served with champagne or wine, and France’s holiday dessert is the buche de noel or yule log, a rolled sponge cake filled with buttercream and decorated with icing and powdered sugar to look like a log. In the Provence region of France, a unique tradition is followed: 13 desserts, representing Christ and his 12 apostles during the Last Supper, are set out on Christmas Eve.

For Italians, especially those in the Southern region, the Christmas Eve Dinner is called the Feast of the Seven Fishes, where a variety of seafood dishes are served. For other parts of Italy, the Cenone, or Christmas Eve meal is meatless. On Christmas Day itself, the main meal is served, featuring meats, pasta, wine, more seafood and panettone, a sweet bread made with raisins, lemon and orange flavourings.

Christmas in Spain begins on December 8, marking the Feast of the Immaculate Conception. The Christmas Eve dinner known as Noche Buena starts at around ten at night until past midnight. An assortment of appetizers or snacks called tapas are enjoyed, along with the Pavo Trufado de Navidad or a Christmas turkey served with truffles, various seafood dishes, desserts like marzipan cookies and churros.

The Swedish holiday season officially begins on December 13, St. Lucia’s Day. Traditionally, St. Lucia Day buns, called lussekatts, and coffee are served by the eldest daughter of the family. The Christmas Eve dinner consists of a julbord or smorgasbord of cold meats and fish dishes, the julskinka or Christmas ham, meatballs and vegetables like cabbages and potatoes, risgrynsgrot or rice pudding that has a single almond inside for diners to find, and glogg or warm mulled wine.

Christmas in Germany is celebrated on December 24, with the main meal served then, along with gift-giving. A roasted goose or carp usually take centre stage, accompanied by popular side dishes like red cabbages, potatoes, kale as well as Plätzchen or Advent cookies. Christstollen, more commonly known as Stollen, a traditional type of fruitcake that has dried candied fruit, raisins, walnuts, almonds, spices and powdered sugar, is the common dessert of choice. Many families also have a Pfefferkuchenhaus, a decorated gingerbread house.

The Polish tradition during Christmas time is a day of fasting before Christmas Eve dinner is served. The meal starts with the breaking of bread, and is usually meatless. Instead, fish dishes, hard-boiled eggs and potatoes, Christmas barshch or beet soup, various dried fruit compotes, poppy seed cookies and a sweet bread called babka are enjoyed by the whole family.

Romania celebrates Christmas with the slaughtering of a pig on December 20, in honour of St. Ignatius. The meat makes up the Craciun or Christmas dinner, which includes plum brandy, sarmale, which is pickled cabbage filled with rice and meat, different kinds of sausages and piftie or a gelatinous pork dish. Traditional dessert items are cozonaci, a cake stuffed with nuts and raisins, and colaci, a type of leavened bread shaped as a cross to symbolize the Romanian spirit of giving.

North America, one of the most popular holiday destinations during Christmas, celebrates the season with gusto. Presents and gift-giving, food and drinks, decorations, music and holiday activities are widely practised, with Christmas viewed as a time for families and loved ones to get together.

Christmas meals in the USA are nothing short of extravagant. There’s the traditional roast turkey or goose with stuffing, various hams, ribs, Christmas cookies, gingerbread, fruitcake, cranberry sauce, mashed potatoes, plum pudding, pies of all kinds, chicken and dumplings in the South, and for drinks, the Christmas staples apple cider, eggnog, hot chocolate or hot buttered rum. Christmas dishes tend to be similar to that of Thanksgiving, and Christmas Eve dinner is usually spent with family.

A Canadian Christmas dinner is almost the same as in the USA. Aside from the usual turkey, cranberry sauce, apple cider, gingerbread, fruitcake and Christmas pudding, Canadians also serve Yule logs, butter tarts, short bread, trifles and a kind of deep-dish mince pie called a tourtiere during Christmas meals.

Christmas is often a warm season in Mexico, compared to its more Northern counterparts. This can be seen in Mexican Christmas meals, which feature salads made with beets, lettuce, nuts and fruits, salt cod prepared in different ways, enchiladas, roast turkey, bunuelos or fried dough dusted with cinnamon and cakes called tres leches.

Christmas in the Caribbean is a very festive occasion, with pork and rum as the main food items. Roasted pigs, ham and all kinds of pork dishes are joined by sorrel punch, a bright red holiday drink made from hibiscus flowers, cinnamon, cloves and rum. Pasteles are a favourite Christmas treat in Puerto Rico, Guadeloupe has riz aux pois Congo or rice with Congo peas and Yule logs for dessert, while Jamaica has a rich Christmas pudding made from rum-soaked fruits.

The multi-culture communities of Brazil have many different ways of celebrating Christmas. The traditional Christmas Eve dinner, called the Ceia de Natal, is partaken of after the midnight mass. Turkey also stars in Brazilian Christmas dinners, though in some regions, fish or pork is preferred. Fresh fruits, salads, mixed nuts, coloured rice, panettone, bacalhau or salted codfish and stuffing with farofa, which is toasted manioc flour.

Peru really gets into the spirit of giving during Christmas with Chocolatadas, an event sponsored by Peruvian churches. During this time, panettone and spiced hot chocolate are served to less privileged Peruvians. The traditional Christmas Eve dinner is held around midnight, with turkey as the centrepiece. Fresh fruit, applesauce, tamales, flan, panettone, marzipan and other sweets complete the feast.

CHRISTMAS is truly a wonderful time of the year, the season of cheer meant to bring people together and encourage the spirit of love, giving, kindness and thankfulness which, ultimately, should be practised all year round. How do you celebrate Christmas? You can share your thoughts and stories below! Happy Christmas!