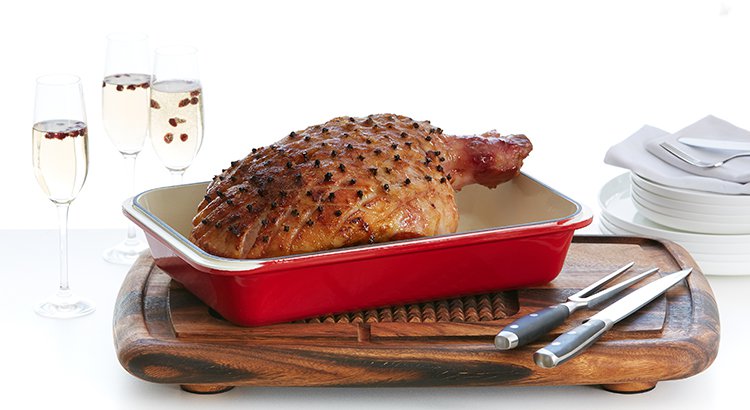 A Christmas table doesn’t feel as festive without succulent baked ham at the centre. It pulls the feast together like no other dish can. And who doesn’t look forward to eating leftover ham for days?

But cooking Christmas ham worthy of being at the centre of family tradition can be so daunting, especially when you’re already time-poor this time of year.

We make it easy for you in this recipe. Buy pre-cooked ham that’s been smoked or cured from your local butcher (but you may need to put in an order weeks in advance) and finish it off in the oven at home with a delicious glaze. Then you’ll have the juicy, moist, glazed ham you deserve this holiday season.

Give your Christmas ham a new twist with our Baked Ham with Grilled Stone Fruit recipe.