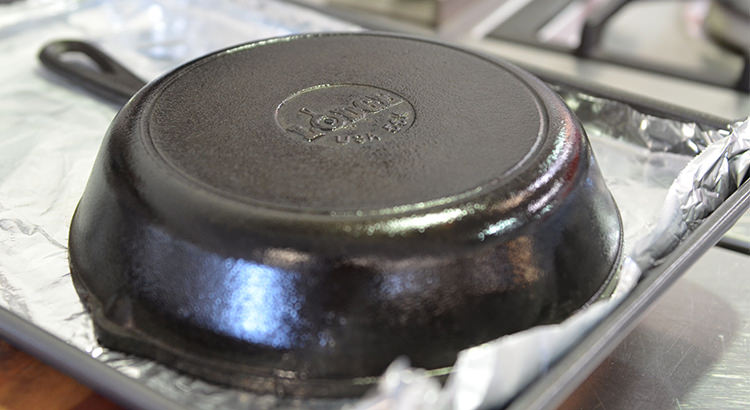 The main advantage of cooking with cast iron is that it has a very high volumetric heat capacity, which means that once it’s hot, it stays hot. Your cast iron cookware can be used for cooking almost anything as long as you take the time to maintain it and keep it in good condition.

Back in the day, sand-based moulds were used for casting cast iron cookware, then the surface was polished to produce a smooth surface. Modern day cast iron skips the polishing step to retain the original bumpy surface. As its the smooth finish that enables easy food release and a non-stick surface, its important to season the surface of your cast cookware before use.

When do you know it’s time to season your cast iron?

You should always season cast iron cookware before its first use. Seasoned cast iron has a smooth, shiny, and non-stick finish. This can be removed by steel wool, or washing excessively with detergent. The moment food begins to stick to the surface or rust appears then it’s time to re-season.

Rust? Don’t panic, it’s not broken. If rust occurs then you can remove the rust with half a raw potato and a sprinkle of baking soda OR scour as per step 1 and re-season.

Dreaming of an organised pantry? 💭 We've put to

Clean, spin, and serve 🥗 wash and dry your sala

Clink, clink 🥂 Give your weekend some extra zin

Pizzeria quality pizzas are yours for the taking w

Have you been dreaming about some new Le Creuset?

✨ VITAMIX GIVEAWAY ✨ WINNER HAS BEEN CONTACTED