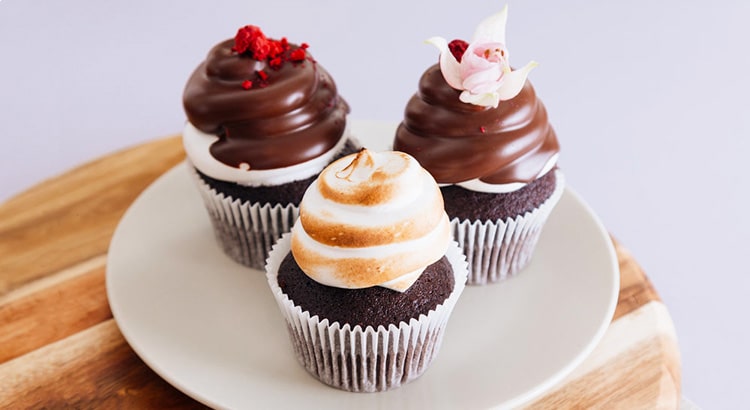 Over a year ago we were fortunate to have a special guest post, by former MasterChef contestant Brendan Pang. Since his first appearance on Masterchef he has been busy from social worker to TV cook, the opening of his first dumpling kitchen in Fremantle called Bumplings and more recently contestant of Masterchef Series 11. He shares his simple yet nostalgic chocolate cupcake recipe. A food prodigy to two quintessential women in his life—his baker mum and home cook grandmere (grandmother)—Brendan owes a lot of his influences to his Asian and Mauritian heritage.

END_OF_DOCUMENT_TOKEN_TO_BE_REPLACED

Kit out your kitchen with our Mid Year Sale ⏰

Beat the cooler weather with these melt-in-your-mo